It’s the last day of January!! That’s right. Which means tomorrow is February 1st and that means it’s LADIES OF HORROR FICTION MONTH!!!

February is the annual celebration and focus on all things amazing with the Ladies who continually crush it in the horror world. I highly suggest you make sure to follow along at the awesome https://www.ladiesofhorrorfiction.com/

That will be a go-to resource and will help you choose an amazing book or books to read from amazing women authors!

So far this year, I’ve read;

Any of these options would be worthy places to begin if you’ve not spent much time reading women in horror.

Additionally, this is what I have coming down the pipeline from amazing LOHF writers!

and many, many more!

Once again, I’m teaming up with the LOHF for the Annual Writer’s Grant! We will have more details later in the year, so keep watching!

What is Ri2ual? Well it’s a hilarious moniker that my friend Sonora Taylor bestowed on the sequel to Ritual. That’s right. A sequel.

I’m in the final stages of my last go throughs, before I’m sending it to a few beta-readers.

I do want to say two quick things before the title review and a brief synopsis/over view.

I was petrified when I released Ritual. I absolutely loved the story, and Father is a unique character. It also let me run through some demonology stuff that I’ve wanted to touch on. But it is a very stark turn from my other releases. Don’t get me wrong – if you’ve read my stuff you’ll know damn well that I like to go dark and awful – but Ritual went to another level. Graphic, sadistic, and in some places gratuitous – all to tell this horrible story. I was surprised at the response. I really was. I want to believe it was because the price point was awesome ($0.99 for the ebook) and the cover is DA BOMB. But, shockingly, people really seemed to connect with the depravity of the story. Beyond surprising was seeing it listed on the recommended reading list for the Stoker’s. I never once believed it would carry on  further, but what a boost.

Secondly – when I finished Ritual, I barfed out a sequel and a very rough trilogy finale. I refined the sequel, then waited to see if people would want to read more. It was one particular review that cemented that the demand to see more was there (no, not the 1 star review, which has been a godsend for interest FYI!). It was from my friend Diamond. Her review actually touched on a bit of the direction I’d went with the sequel, and seeing that cosmic connection on Goodreads – all systems were go.

So book two is dedicated to DIE!mond. Thank you for your kind words, but also never sugar coating anything. It’s meant a ton!

So what’s it called you ask?

Book two is formally and officially known as COMMUNION.

The word communion has a few definitions;

Those are but a few, but it all relates to the trilogy arc as well as book two itself.

Here’s a sneak peak of the cover, once again done by the amazing Mason McDonald.

A full cover reveal and preview will be coming to http://www.kendallreviews.com soon, so keep watching for that.

COMMUNION is approximately 90 pages, so about 15 pages longer than Ritual. The story picks up a week after the events of Ritual and follows Detective McKay (who appears at the end) as he tries to put the pieces in place from what happened and the compound.

Lastly this week, I want to chat about some changes with my ongoing serial novella Wound Upon Wound. Originally, I’d said that a new chapter would appear every two weeks, but after reviewing the story and how it flows, I’ve changed that timeline. Now a new chapter will appear EACH FRIDAY until it is done. That’s right, each Friday, a new entry will drop. Chapters 1 and 2 are now live and you can read them here;

When all is said and done, as I mentioned before, I see this lasting about 15 chapters. Once it’s wrapped up, I’ll share a cover and then this will become a perma-freebie ebook on Amazon, and will be deleted from here. Apologies, I am not tech savvy enough to know how to make each chapter a clickable jump spot, so you will need to scroll down each week for the next entry.

Alright, that’s all I got this week. I’m not going to share any music or anything, I’ll do that next time.

So, read more women horror authors and support this community! 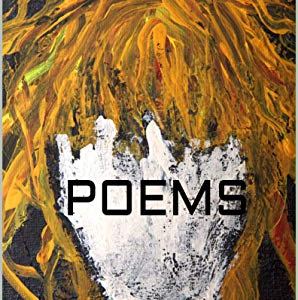 Last year I read ‘Forest Underground’ by Faust, a bleak re-imagining of a well known fairy tale. It was brutal and fast paced and left me excited to read more from Faust.

Somewhere, along the line, I connected with Lydian on Twitter and through interaction we developed a friendly rapport. She shoots straight, doesn’t sugar coat stuff and has always been engaging and supportive.

Through her tweets, it had become evident that due to demands in her life (namely having a newborn) she was struggling to get time for writing and we were left wondering when the return would come.

Seeing this collection; ‘Severin’ released yesterday was such a fantastic moment. Well technically I am on a book ban, I had to buy this and support Lydian. (Side note – I’ve now failed my self imposed book ban twice. Once here for Lydian and once last week when The Luminous Dark went on sale. Guess my ban doesn’t apply to Ladies of Horror Fiction!)

‘Severin’ is unflinching in its delivery. I am not trained in literature or English literature – so I really can’t discuss the technical side of the poems within, but each one is filled with emotion and a sort of desperate anxiety.

I found three real themes or narratives carried through this collection; Science-Fiction, Horror and Present Times.

My absolute favourite was ‘Saint Louis,’ where that line I quoted at the beginning was taken from.

Shockingly or unexpectedly, this collection finished with a short story – ‘Little Gus.’

I really enjoyed this short story, but I think some may find it exciting or deflating.

Exciting to see the return of long form writing from Faust.

Deflating about just when we may see more.

With her self-publishing experience now fully in hand, here’s hoping that she’ll continue to give us some more collections like this.

It’s great to have you back in the fiction world, Lydian. You’ve been missed. 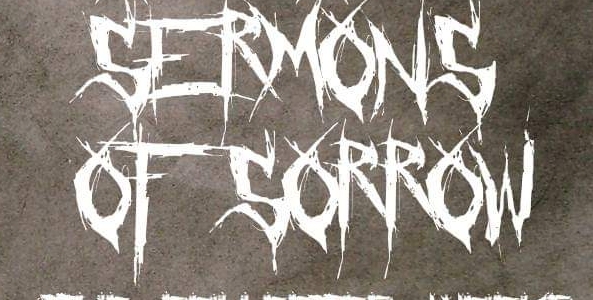 Yes, it’s like three weeks in and yes, this is my first blog post of the year, but too bad – I’ve been busy!

With what you ask?

First up – last week over on Kendall Reviews, I announced the Sermons of Sorrow trilogy. This is a three part trilogy, with part I being Piece of Me that came out in December.

It will be releasing as a hardcover soon with new artwork. The next two parts will also be out this year, as well as a limited hardcover compendium! For the covers and synopsis stuff;

If you haven’t snagged Piece of Me yet – the ebook is still $0.99 and it is also available in paperback;

The reviews so far have been very kind, which is always nice to see.

Now, this is going to be a brief blog one today. Life is just friggin hectic.

So let’s jump into some songs I’m jamming!

Strigoi is a new black metal band featuring the guitar player from Paradise Lost. It is brutal in the best way possible.

Jamey Jasta – singer of Hatebreed – has returned with another solo album. This one again features a lot of guest musicians. This particular one has Mr. George Fisher on guest vocals aka Corpsegrinder, singer from Cannibal Corpse.

Gryffin & Slander – All You Need to Know

On the EDM front, this song is one that gets stuck in my friggin head for weeks on end. Just catchy and upbeat – exactly how I love my EDM!

Ok, I’m finishing this off with a what I’m working on bit;

As you know I always have a bunch on the go, but I think part of it is just exercising my mind and keeping things fresh.

The Boy Whose Room Was Outside – this will be my first release this year. I still have to finish up the last draft with some changes, get it off to the editor and then format with the artwork. When will it arrive? Not too sure, I’m thinking maybe March?

Cathedral of the Skinned: Sermons of Sorrow Part II – this is the sequel to Piece of Me, but also a stand alone. All three parts will be individual stories with linked characters, so you can read and enjoy however. I’m about 25% into draft one, so will be getting my act together and getting this hopefully to your eyeballs by summer.

Carry the Moon: Sermons of Sorrow Part III – a sequel to Cathedral of the Skinned, this one will play off of the story told in Part II but can again be read on its own. I plan on having this see the light of day in December.

Sermons of Sorrow: The Collected Works – the compendium release. Will feature Parts I, II, III as well as some short stories. This will be a limited hardcover release, expecting it to only be available in the month of December.

As for the other stuff I have on the go – they may or may not arrive this year, but I’m still working on them! Scott: A Wagon Buddy Tale is pretty much complete. I just need to do a re-read and off to the editor. The Window in the Ground is in the same scenario.

456 Blatchford Drive is a limited I was planning on doing. I have it about 60% done, piecing some stuff together. So I’ll keep you updated on this one.

As for a few other parts – as always, I’ll keep you posted.

Lastly – last year I had mentioned a story I was working on called Wound Upon Wound. I’ve decided to have a bit of fun with this one – so, I’m going to attempt to work on it as a serial release. Every two weeks a new chapter will arrive. It will be approximately 12-15 chapters long, each chapter 1000-3000 words. When all is said and done, it will be in the 20K range and I will release it as a novella. Currently – chapter one is live on the site;

I will be editing as I go and things may change as I tinker, but for now – go take a read. Chapter two will arrive on the 31st.

Mini-review: The Salesman by Mason McDonald

If you follow any of my author exploits, the name Mason McDonald should ring a bell! Not only has Mason grown into a great friend, he’s also the man behind the covers for my 11 of my releases (a few haven’t come out yet and this number will surely grow!).

What I’ve also been yelling about frequently for a few years as well – is that Mason is a fantastic writer. It’s almost to the point of me bullying him to hurry up and release ‘Crawley’s House,’ a novella that blew me away.

So, it was a pleasant surprise when I saw him announce the release of the short story ‘The Salesman.’ To be fair, part of the surprise was I had been hounding him to submit this story to a few places for the better part of the last 6 months, but I’m glad to see it arrive.

‘The Salesman’ follows our main character Tom. He needs a fresh start, so he searches out the mysterious Salesman to make that happen. We get a great flashback that tells us just why he needs this redo and then things go bonkers.

It was released on Amazon yesterday (January 7th, 2020) and will be free today and the next three days after!

If you want a really fun, quick read, please go snag it!