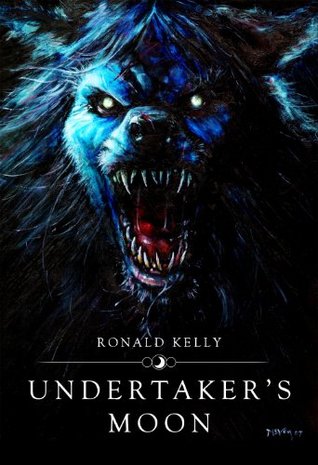 If you’ve read/followed along with my reviews, you’ll undoubtedly have discovered that I love reading Lycanthrope horror. Werewolf, werewolves, all things sharp fangs, long claws, silver bullets and full moons. Inevitably though, I’ll dive into four or five in a row and I’ll need a break.

Last year, I read ‘Fear’ by Ronald Kelly, which is not only one of the best books you’ll ever read, but a book that showcases why ‘the old guard’ often times does things better than the new kids. ‘Fear’ is a prime example of that. I’ll explain in a minute.

Knowing that not only was I ready to dive into another wolf story, but also that I had this one from Kelly sitting on my Kindle, I dove in, excited to see what he’d created here.

What I liked: Kelly, even by his own admission, has had a resurgence and has stormed the dark fiction writing world once again. It has been fantastic to see. He had a writing career in the 70’s and 80’s during the horror boom then. When it went belly up, he took time off, returning full force once again roughly a decade ago. This is why I mention Kelly is from ‘the old guard.’ And what I mean by that is evident on every single page of ‘Undertaker’s Moon.’

You do not leap into the action of this story. Much like ‘Fear,’ Kelly takes his time setting things up. We get the family from Ireland who moves into the small town, they are now the new owner’s of the funeral home. We get the suddenly widowed gun shop owner, we get the horror nerd, the jock who has it all, only to lose it all, and on every single page, we smell what the streets and shops smell like, hear the tinkle of bells as doors open and close, see the friendly baker come out to sweep off the front step. Over and over, Kelly demonstrates why he’s a master storyteller and as the book progresses, this all works to the advantage of the reader.

When characters begin to be plucked off, you are devastated. When something chases someone, you can see where they are running, know why it’s a bad idea, know that it’s going to be ending in viscera and ripping and shredding.

The werewolf action within is top notch. With each incident that arrives, the pace is fantastic and the descriptions are second to none.

I really loved how Kelly laid this one out, the story crackles with small town energy and the reality that this group of unlikely survivors need to do whatever it takes to survive.

What I didn’t like: Completely minor, and I think it comes with the time period this was originally written in, but I’ve never been a huge fan of the random hobo/hitch-hiker passing through a random town who just happens to have a connection/knowledge about the beasts/events happening. In this case, it was used well, but it’s still something I’m just not a big fan of.

Why you should buy this: Kelly is a phenomenal writer and ‘Undertaker’s Moon’ has to be acknowledged as one of the best pieces of Lycanthrope fiction out there. Brimming with emotion, depth and flawed but likeable characters, this has every thing that fans of dark fiction would want and more.