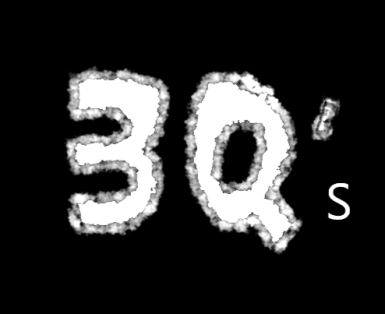 Hello, and welcome to another edition of 3Q’s. I’m your host, Steve Stred. How lame did that sound! Ha! Well, then, back to the regular enthusiasm, yeah!?

Up today is the awesome, Craig DiLouie! Craig actually lives about three hours south of where I currently reside but we’ve not yet had a chance to catch up and meet in person! He’s written a ton of books, including the phenomenal ‘Suffer the Children’ and the recent cult based-thriller ‘The Children of Red Peak.’

Steve: What does your writing time look like? Do you try and write at the same time each day? Do you have a word count you attempt to hit?

Craig: A novel is like climbing a mountain. It looks real daunting when you look at what you want to accomplish. Then you take a step, then another, and when you look back, you see how far you’ve come. Once you reach the peak, it’s all downhill from there. At that point, I’m writing so fast my fingers can barely keep up with my brain—and I’m a fast typist. That final phase is the golden time, the writing-is-a-drug time, when I’ve internalized the characters and plot so well I’m practically dreaming the story while awake. Once the novel is done, I get the hangover—elation, exhaustion, the sense of something missing, the itch to do it all over again, but god, look at that next mountain, it’s huge.

Obviously, anybody who aims at mental mountain climbing—a huge investment of hours into an uncertain outcome—does it out of love. For me, the story always begins with passion. Here’s an idea; I can see the book in my hands, it’s good, it must be done. And then I do it.

This always begins with research and note taking. For weeks, months even, I “dream” the story, playing out little scenes in my head while driving or in the shower that end up in my notebook, researching anything needing research, and building the character arcs and basic plot structure. By the end of this phase, I pretty much have the story not only known as in plotted but internalized so that it can flow out of me. The rest is discovery, where the story begins and the characters and their impact on the plot take on a life of their own. It sounds pretty Zen, but when you’re building a novel, you can plot it, but then it writes itself.

After that phase, we get to the main answer to your question, which is the average writing day. If I can sustain love mode—a state of passion about the story where I believe in it and I’m practically living and breathing it—I can tear through anywhere from a thousand to three thousand words a day, every day, until it’s finished. I could write more, but I’m a bit of a perfectionist, rereading and editing the preceding chapter before I begin, and making sure every sentence advances the story without filler stuff. As I work at home and have contract clients, the answer of when I write and for how long is it depends on what else is going on. When I’m deep into a novel I’m loving, it’s hard to pry myself out of my chair to use the bathroom, much less do anything else.

As for what the actual writing looks like, it’s, well, typing. I’d love to say I’m one of those writers like Stephen King sitting there while classic rock blasts out of speakers, cranking away with a manic grin like I’m some kind of mad god of the reality I’m creating on the page. But nope—watching me write would be like watching paint dry. I write in near total silence, a gaping fugue state involving absolute focus. While nothing seems to be happening, inside my head, though, all hell is breaking loose.

Steve: Out of all your releases, do you have a favorite character you’ve written?

Craig: The short and sweet answer is I do not. I love all my characters, just for different reasons. In One of Us, a Southern Gothic about misunderstood monsters, I have a small town sheriff conflict because his son is a monster but he defines himself as a defender of the natural order where monsters and humanity cannot mix. In Suffer the Children, a novel in which children die only to return with a need to consume blood to go on normally living a few hours, the kids are vampires but the parents are the monsters, including Joan, who will do anything to keep her kids alive even as she comes to realize they’re not quite her kids anymore. In Our War, Hannah loses everything in a second American civil war and becomes a child soldier, growing up way too fast until she receives the chance to become a child again. In The Children of Red Peak, the survivors of a mass suicide by an apocalyptic cult try to make sense of it all as they become adults, including Deacon, who relives his pain to keep it alive every time he performs on stage as a singer in a goth band. In my next novel with Hachette, Episode 13, ghost hunters discover that ghosts are real but not what they imagined, producing a mystery that drives them to something like madness.

For these and all my other characters, I’ve grown to love character arcs as a tool in which a character is granted a misbelief or flaw, a want and driving need sometimes in conflict, and some type of change occurring due to what happens in the story’s central conflict. For example, in The Children of Red Peak, these flaws are different stages of grief that must be addressed by the main characters by returning to the mountain where their families took their own lives and discovering whether the entity they believe they saw that night was real. This is essential for good horror, as to quote a writing book I read once, plot is what happens but character is why it happens. If the reader cares about the characters, becomes invested to the point of active empathy, then the story really comes alive. And as a writer, if I understand the character’s internal conflict, I know them fairly inside and out, their point of view and even how they take their coffee, before I start breathing life into them on the page. Writing to an extent is acting, where you inhabit the characters while giving them parts of you. For me, character arcs are kind of like the Stanislavsky method of writing.

Steve: Tell me about your newest release (novel/story/poem/novella) and why someone should read it!

Craig: I write military/WW2, zombie/apocalyptic, and spec fiction as an indie writer and generally horror as a writer working with big traditional publishers like Simon & Schuster and Hachette. My latest indie release is Strike, a novel about a young, green dive bomber pilot who survives the Pearl Harbor attack and boards the Enterprise aircraft carrier to fight from the Marshall Islands to the Doolittle Raid to the decisive historic Battle of Midway. It’s a simple, fun, action-packed adventure story about a young man finding himself in the challenge and horror of modern warfare. On the trad side, my latest horror release was The Children of Red Peak, which I think someone should read if they’re interested in a more literary, emotional, and challenging horror story that goes all the way with its premise while incorporating challenging ideas about spiritual belief.

My next release is Episode 13, which will be available in bookstores, libraries, and online retailers in paperback, eBook, and audio in January 2023. In this epistolary novel, while investigating a haunting, a ghost-hunting reality TV crew discovers a mysterious door promising a ground-breaking episode, one they may not survive. I’d never written an epistolary novel before and found it a lot of fun, offering the reader a variety of formats to engage the reader with the stimulation and mystery of found footage movies combined with the depth and more character-driven enjoyment of fiction. Readers will get an insider’s look at how reality TV shows work, the techniques and technology of ghost hunting, and what scientists say about ghosts, while coming along with standout characters on a roller skate ride of discovery in a house that is very much haunted.

Steve: Bonus question time! What is your favorite album?

Craig: Again, I must hedge. No favorite here, or rather that spot in my heart is a revolving door. I tend to love songs more than albums and love albums that either deliver an incredible experience across the board or show a striking evolutionary progression from a band’s earlier work. Off the top of my head, examples include Boston (Boston), Dark Side of the Moon (Pink Floyd), Nevermind (Nirvana), Abbey Road (The Beatles), and so on. But again, I haven’t fallen in love with a band since Nirvana, and I’m much more likely to fall for a song than its creator, and even that’s changing as I get older. While I still periodically fixate on a new song and give it repeat listening until my family hates me, these days, I’m more into general eclectic listening. I’ll throw on a local college station or public arts station and check out whatever’s on.

Thanks for having me as a guest, Steve!

If you want to discover more of Craig’s work;